For those who know me, I’ve always been trying to improve the WiFi coverage of my house since moving in almost 10 years ago.  Although my house is not very big, the layout has also given me issues to have total WiFi coverage using a single router, especially on the 5Ghz band.  My routers usually will sit at almost the center of the house where by Study Room is (and all the IT core equipment are).   However, even on the DLink’s flagship DIR-895L AC5300 MIMO Ultra WiFi Router, usually the outermost areas of the house will have almost zero WiFi signals from my router.  End up I have to use 2 routers supported by 2 internet connections, one on Cable and one on Fiber (yes, I have 2 internet connection at my home and did ask me why.. :p ), to have total WiFi coverage.  However, this also creates issues for my house automation initiatives as I’ve had to bridge them over the 2 networks.    Hence when Mesh WiFi routers started to be available for the normal consumers, I’ve been monitoring them and looking one that is able to meet my needs.  I’ve checked on Google WiFi, Eero, Luma, and even the recent Linksys and TP-Link solutions.  Finally, in the recent IT Show in Singapore, I decided to give the Portal Smart Gigabit WiFi Mesh Router a try as the distributor was running an attractive promotion at only S$199 per unit.

So how this router fare against the rest of the WiFi routers I’ve tried and reviewed?  Let’s start with the unboxing first.

The packaging of the Portal Smart Gigabit WiFi Mesh Router is quite compact given the size of the router, about half the size of the boxes that D-Link and Asus usually used to package their high-end routers.

The side flaps and back of the box provided a simplified explanation of the capabilities of the Portal Smart Gigabit WiFi Mesh Router inclusive of some marketing highlights such as the friendly mobile app with parental controls and coverage of 3000 square feet / 280 square meters with the 9 antennas.  The top of the box goes into a bit more detail on the technical specifications and interfaces available.  I’ll cover these in more detail later on.

Below the router itself is a UTP cable and another smaller green box that contains the power supply (or power cord as Portal calls it) and the relevant plug for your country.

The 4-page instruction booklet provide very pictorial information on the contents of the package, how to set up and connect the Portal Smart Gigabit WiFi Mesh Router via the Portal Mobile App and how to read the status lights on the device.  It’s very simple to understand even for a non-tech savvy person.

The bottom of the Portal Smart Gigabit WiFi Mesh Router, on the other hand, is more ‘alive’ with the 4 rubberized feet to elevate the router allowing the air vents to dissipate the heat from the internals of this monster.  There are also 2 holes for mounting this unit vertically instead of a flat placement.  Just in case you forget what are the default passwords to the Portal Smart Gigabit WiFi Mesh Router after you reset it to factory defaults, the information can also be found on the sticker below the unit.

All the physical connectivity of the Portal Smart Gigabit WiFi Mesh Router is at the rear.  Starting from the left are the power input, WAN Port, 4 x Gigabit LAN Ports, 2 x USB 2.0 Ports, and finally a pin-based Reset crevice.  These ports are all quite standard for most routers but if USB 3.0 instead of USB 2.0 can be included for the Portal Smart Gigabit WiFi Mesh Router would certainly give it another notch over other competition.

In Singapore, the Portal Smart Gigabit WiFi Mesh Router comes with a standard 3 years warranty against manufacturing defects.  This is quite aligned with the top end routers selling in Singapore.

For my setup at home, I usually place my router in a doorless cabinet shelf among my other IT equipment such as my cordless DECT phone, 8 Port Gigabit Switch, Network Attached Storages, and Amazon Echo. You can see from this picture that the O is still red in color as was still trying to set up the unit when taking this picture.

To set up the Portal Smart Gigabit WiFi Mesh Router, we would need to first download the Portal mobile App available on both iOS and Android App Stores.  Just search for the keywords “Portal WiFi Router”.

After quite a lengthy splash screen upon launching the app, you should come to the screen below.  Somehow, the app doesn’t allow the user to skip these screens so it can be quite irritating after a few rounds of waiting.  Anyway, at this screen, you will select the “Set Up” option which will then guide you through a series of step-by-step screens to teach you how to connect and sequence the powering up of the WAN device and the Portal Smart Gigabit WiFi Mesh Router.  Do note that you should follow closely to these steps to avoid issues with the subsequent setup.

If nothing goes wrong, you will be able to see a new WiFi SSID (corresponding to those details found at the bottom of the physical router).  You will need to connect to this WiFi network in order to proceed with subsequent configuration steps.

Weirdly, along the way, there are a few occasions that I encountered the following error and had to repeat the sequence of setup again.  Never really managed to find out why but I’m pretty sure it’s not due to the stability of my internet connection.

Finally, when all is well, you should come to this screen.  To access additional configuration of your network, click on the green Portal icon which will bring you to the limited settings available in the mobile app.  At this screen, if you feel you need to have more controls over your new WiFi network, do enable the WebGUI option which will open up more configuration options via a web browser in your network, which I’ll cover more later on.

Do note that you can only access the configuration of the  Portal Smart Gigabit WiFi Mesh Router in the Portal Mobile App installed on one device.  If you want to access your settings via the mobile app on another device, please do it via the WebGUI instead.

Upon going in, one will notice the difference in the degree of configuration options between the WebGUI and the Portal Mobile App.  Here, we are able to set up detailed wireless configuration, Service VLAN, Firewall and Port Forwarding, and even Parental Controls.

I’m running the V1.0 for the Hardware while my Firmware Version is 203.  By the way, the Portal Smart Gigabit WiFi Mesh Router will automatically update itself to the latest version upon successful connectivity with the internet during the setup phase.  Hence, do not get a surprise when the O ring at the router suddenly turned blue or starts flashing.

The WebGUI allows for a detailed setup of the Wireless networks the  Portal Smart Gigabit WiFi Mesh Router will support.  You can also set up separate Guest SSIDs for your Guest visiting your place.

The LAN settings allow for configurations of IP address Range as well as DHCP reservations.  These are critical settings for me but not available via the Portal Mobile App.

For those who required access to setup Service LAN, eg those on SingTel broadband, you can also have access to these in the WebGUI.

Another key feature that is important to me is the Port Forwarding setup as there are some services I need to make available for myself when I’m not at home. 🙂

Last but not least, for parents, you can also control and limit the amount of connectivity time devices connected to the Portal Smart Gigabit WiFi Mesh Router.  You can control either by device IP address or MAC address.

After I’ve gotten the Portal Smart Gigabit WiFi Mesh Router up and running with basic settings, I did a very simple layman test of the WiFi coverage by moving around my house and checking for blind spots.  Surprisingly, my previous blind spots have at least 2 bars on my iPhone and iPad Pro.  I streamed a YouTube HD video from those locations and it was smooth and seamless.  It seems that without another unit of the Portal Smart Gigabit WiFi Mesh Router, somehow, the single unit of the router is able to improve my WiFi coverage at home by leaps and bounds.  This prompts me to want to conduct a heatmap of the WiFi signals of my house which I’ll cover in the next review.

For now, I have to say that I AM VERY impressed with the performance of the Portal Smart Gigabit WiFi Mesh Router.  For less than S$200, suddenly all my previous issues with connectivity are gone.  Just imagine what 2 units can do.  Maybe the Portal Smart Gigabit WiFi Mesh Router] does live up to its name.  Nevertheless, I’ll try to conduct a more scientific test soon and share it with everyone.

$28.06 $25.78 (as of November 21, 2020 - More infoProduct prices and availability are accurate as of the date/time indicated and are subject to change. Any price and availability information displayed on [relevant Amazon Site(s), as applicable] at the time of purchase will apply to the purchase of this product.)

$31.49 (as of November 21, 2020 - More infoProduct prices and availability are accurate as of the date/time indicated and are subject to change. Any price and availability information displayed on [relevant Amazon Site(s), as applicable] at the time of purchase will apply to the purchase of this product.)

$164.65 $160.65 (as of November 21, 2020 - More infoProduct prices and availability are accurate as of the date/time indicated and are subject to change. Any price and availability information displayed on [relevant Amazon Site(s), as applicable] at the time of purchase will apply to the purchase of this product.) 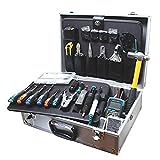 $22.21 $18.83 (as of November 21, 2020 - More infoProduct prices and availability are accurate as of the date/time indicated and are subject to change. Any price and availability information displayed on [relevant Amazon Site(s), as applicable] at the time of purchase will apply to the purchase of this product.)