*Edited 17 Mar 2013 @ 21:23 : Just noticed that for Kimono Suit Ninjas, they should come with similar shoulder pads like the ZX series as per the TV Shows. Some how, LEGO left them all out. *

This is the review of the LEGO Ninjago 70500 Kai Fire Mech released in 2013.  This series marks the end of the TV series of Ninjago in 2012 with Lloyd turning into the Golden Ninja, the Ultimate Spinjitzu Master, and fighting both his father as well as the Overlord.  The Stone Army, which is awaken by the venom of the Great Devourer, is led by Lord Garmadon, who is made King of the Stone Army by the Overlord.  This army of indestructible stone warriors then invaded Ninjago and our heroes will need to head for the Island of Darkness, in order to restore their elemental powers and defeat the Stone Army once and for all.

In this series, the other four ninjas, Kai, Cole, Jay and Zane will also evolve to Kimono variation of their suits with the new weapons and vehicles.  For Kai, he will be holding onto his elemental fire blade with his new Fire Mech. In this set, beside Kai and his Fire Mech, a Stone Army Scout will also be there, ready to snatch the elemental blade of fire from Kai with his crossbow weapon.  But Kai is ready and you can see how his elemental fire blade can be transformed to the Fire Mech’s huge double-edged fire blade.

Although not very obvious in the picture below, the LEGO Ninjago 70500 Kai Fire Mech is actually a very small box, even smaller than the typical LEGO Star Wars Battle Packs.  The front of the box shows Kai navigating his Fire Mech, with the huge fire blade in its left hand, confronting the Stone Army Scout, looking very much over powered, with his crossbow.  From this scene, you can actually see everything quite clearly and what you will be getting out from the box.  At the rear of the box, Fire Mech’s fire blade will be transformed into Kai’s elemental fire blade while the Fire Mech will hold on to the Stone Army Scout that he has captured.  Here LEGO will tell you very clearly that there are four elemental blades in this series and the Fire one is only the first in the series.  To get more, you will need to buy the rest of the sets to complete elemental blades 1 to 4 (Smart business move).

Opening up the box of the LEGO Ninjago 70500 Kai Fire Mech by breaking the single seal at the rear of the box, the inside contains three bags of parts, one small instruction booklet and a single sheet of stickers.  The stickers are meant for some of the pattern details on the armour of the Fire Mech and also the special controls and features on the sides of the arms.  Knowing LEGO, they are not typical to spend money in producing printed parts for such sets so these stickers do not come as a surprise to me.

The right hand of the Fire Mech is actually a fire canon instead of the usual “fingers” as per the left.  Here, you can also see the round golden tile with which one of the stickers has been affixed on.

There are two Minifigures included in this small tiny set, they are the Kimono Suit Kai with the elemental blade of fire and the Stone Army Scout with a quiver and cross bow.

For Kai, the new Kimono suit details quite a bit of design changes at the front and back of the torso and legs of the MiniFigure.  However, the head dress of the Kai  is still very much the same as that of the normal ninja suit.  Something missing in this Kimono suit Kai is the golden shoulder pads that you see in the Ninjago ZX series of MiniFigures.  In the show itself, the Kimono suits comes with these shoulder pads.

For the new weapon, the elemental blade of fire is made up of a golden  handle and a flexible blade that is red and orange in color.  Although I’ve said that the blade is “flexible”, it still feels flimsy and may still break under immersed bending. Of course, if you bend it too much, the blade will also go out of shape quite easily.

For the Stone Army Scout, the designs of the MiniFigure is actually on the torso and head.  For the legs, they are using the shorter kids legs for some of the Stone Army Warriors (Scout in this case) and hence not much could be done on them.  After opening up other sets, I realise that there are also different face color and expressions of the Stone Army Warriors.  The variety is certainly much more than the skeleton army in the first Season of the series.  The quiver and crossbow are similar to the ones we see in the Lord of the Rings sets.  For the head dress, the red hat is very much similar to that Sensei Wu’s white hat.

Overall, I would give this set a 7 out of 10.  This is a very worthwhile set if you count the number of LEGO parts and MiniFigures included.  The low cost set allows fast army building of the Stone Army Warriors and even Kai if you are into it.  Hence, in Singapore, this sets run off the shelves as fast as the suppliers can replenish them.  However, improvement that could have been made include a better design of the left hand to hold the fire blade more securely and also a stiffer elemental blade of fire.

Just when we all thought that this will be the last series for Ninjago theme, LEGO announced that Ninjago series will be back in 2014.  Let’s see what new heights this series can scale in the near future. 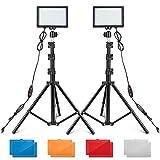 $39.99 $25.49
【Video Lighting Kit:】The small LED panel light is equipped with a 1/4 universal ball head, which can adjust the panel 180°to to easily meet your diffe... read more
(as of May 2, 2021 - More infoProduct prices and availability are accurate as of the date/time indicated and are subject to change. Any price and availability information displayed on [relevant Amazon Site(s), as applicable] at the time of purchase will apply to the purchase of this product.)

Digital Photography Complete Course: Learn Everything You Need to Know in 20 Weeks

$30.00 $20.19
Digital Photography Complete Course
(as of May 2, 2021 - More infoProduct prices and availability are accurate as of the date/time indicated and are subject to change. Any price and availability information displayed on [relevant Amazon Site(s), as applicable] at the time of purchase will apply to the purchase of this product.) 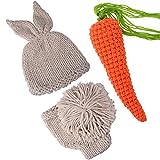 $29.99 $27.99
❤ UNIQUE DESIGN: Pure hand-made baby bunny costume set to achieve a more vivid and cute look, make your baby more lovely and beautiful. Whether you co... read more
(as of May 2, 2021 - More infoProduct prices and availability are accurate as of the date/time indicated and are subject to change. Any price and availability information displayed on [relevant Amazon Site(s), as applicable] at the time of purchase will apply to the purchase of this product.)

The Hidden Life of Trees: What They Feel, How They Communicate—Discoveries from A Secret World (The Mysteries of Nature Book 1)

$11.99 (as of May 2, 2021 - More infoProduct prices and availability are accurate as of the date/time indicated and are subject to change. Any price and availability information displayed on [relevant Amazon Site(s), as applicable] at the time of purchase will apply to the purchase of this product.) 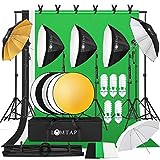 $165.99
【Package】1x 2*3m Background Stand, 5x2m Light Stand, 2x Single Head Light, 5x 85W Light Bulbs, 3x 33" Umbrellas(1 in White, 1 in Golden Black, 1 in Si... read more
(as of May 2, 2021 - More infoProduct prices and availability are accurate as of the date/time indicated and are subject to change. Any price and availability information displayed on [relevant Amazon Site(s), as applicable] at the time of purchase will apply to the purchase of this product.)