Finally, a review that belongs to the Digital Category of Disczone.net.  I can’t even recall when was the last time I wrote on something else besides Lego in my blog. 😀

Anyway, I’ve been eyeing around for an expansion to my existing Synology DS1511+ after my last upgrade of it with the Western Digital Green Cavier 3TB HDDs.  One option for me is to get a Synology 5-Bay DX510 to increase the capacity of the existing DS1511+ with another 5 HDD slots.  Alternative, I was thinking of getting another lower powered NAS that I’ll keep running 24×7 for use with my home surveillance system.  Currently, I’m using a D-Link DNS-320 ShareCenter 2-Bay Network Storage Enclosure for this purpose about it’s running out of space with the 2×1.5TB inside it and also the fan inside it seems to be getting louder and louder (This may be just an excuse for myself to get another NAS :-D).

In 2012, Synology released their 12 Series of NAS to replace/extend their current 11 Series ones.  For instance, the DS1511+ has been replaced by the newer model of the Synology DiskStation 5-Bay Network Attached Storage DS1512+ which come with a better CPU and USB3.0 support.  Also introduced was the Synology DiskStation 8-Bay Network Attached Storage DS1812+ and smaller Synology DiskStation 4-Bay Network Attached Storage DS412+.  I’ve even thought of upgrading my DS1511+ to the DS1812+ but the capital investment upfront really sets me back thinking about doing it.  After much considerations, I finally decided on getting the Synology DS412+ reason being the lower price and all the essential features included and most importantly, I have 5 x 2TB of Samsung F4 sitting around after I ejected them from the DS1511+.

Stock for the Synology DS412+ was limited in Singapore.  I had to place an order with the distributor who is also nice enough to hold the set for me until I went down to collect it.  Although this is not the first time I’m getting a Synology NAS, but the feeling is still as exciting, partly due to the amount I’m paying for a Synology NAS :-D.

The Synology DS412+ comes with a blue box instead of the brown one that the DS1511+ comes in.  Printed all around the box are the features and specs of the product.

For the Synology DS412+, the specifications from Synology’s website are as follows,

Opening up the main top cover of the box, the first thing you will see is the warning that you should read the Quick Installation Guide and check the list of compatible HDDs for this NAS before proceeding.  As per typical eager user, I conveniently ignored this and open up the next flaps. 😀

At the top, are a layer of brown cartons which you will see later that house the Power Brick, Power Cords, 2 x black LAN cables and of cause, the typical disclaimers, quick guides and an installation disk.  Taking all these out, below sits the Synology DS412+ frame nicely wrapped with a white foam layer.

The contents of the brown cartons are shown below.  I didn’t really notice the type of LAN cables include as I usually use my own Cat 6 flat cables for ease of cable management.  See your leaflet that say “Welcome! Read This First”.  Ya.. you should all do it if you are first time coming in contact with a Synology product.  For me, nah….. :-p

Unwrapping the outer white foam layer reveals the cool black body of the Synology DS412+ .  The 4 x HDDs Bay is covered by a shiny plastic cover that, for some, may find it to be a dust and finger print magnet.  On the right side of the front are the Status and Disk LEDs, a USB 3.0 port and a bright blue power button, starting from the top to the bottom.

At the rear of the unit is another bunch of USB 3.0 ports, eSATA port, Power port and, of cos, 2 x Gigabit LAN ports.  At the top of these are 2 big fans that will cool down the HDDs inside the unit when it gets too hot.  Surprising, the fans are pretty silence and I don’t even notice them turning unlike the ones I have in my PCs and other NAS.

Removing the nice shiny front cover reveals the 4 HDDs Bays.  Unlike the DS1511+ in which the locking mechanisms for the HDD caddies are at the front, for the   Synology DS412+ , there is a small release mechanism which says “Push” at the top of each bay.  These when pushed in, will then allow you to take out the caddie individually to be installed with the HDDs.

Zooming into the back plane of the  Synology DS412+ after taking out all the 4 caddies, will show the circuit board with the 4 x SATA connectors to which the HDDs will slot into, guided by the metal rails at the top and bottom of the unit.

To mount the HDD into the caddy, Synology provided 2 types of screws.  From my last experience with the DS1511+, I know the correct type to use would be the one with just a bit of screw thread at the tail of the screws.  Synology is nice enough to include 2 extras just in case you some how loses these screws.  On the caddy itself, there are also rubber dampers at the holes where the screws are to be inserted to provide both isolation and damping to the HDDs when in operation.  However, do take care not to over tighten the screws as it may “eat” into the rubber dampers and spoil them.

After installing my 4 x Samsung F4 2TB HDDs into the Synology DS412+ , the moment of truth comes along with the powering on of the unit.  The unit immediately starts beeping after I pressed the power button in the front.  The status light goes amber but the HDDs LEDs are all green.  This is normal as I’ve yet to install the DiskStation Manager (DSM) 4.0 into the setup.  Using the latest copy of the Synology Assistant and DSM 4.0 downloaded from Synology’s Down Center, it took me around 5 – 10 mins to complete the installation (and stop the irritating beeping) and to be able to log into the unit for configuration of the HDDs.

I’ll cover the software portion of the Synology DS412+ experience in the next part of my review.  Until then, enjoy the pics of the machine in action. 🙂 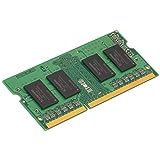 $17.26 $17.17
One 2GB module of 1333MHz DDR3 Memory 204-pin Unbuffered SODIMM From the industry leader in PC Memory Backed by a lifetime warranty and free technical... read more
(as of November 22, 2020 - More infoProduct prices and availability are accurate as of the date/time indicated and are subject to change. Any price and availability information displayed on [relevant Amazon Site(s), as applicable] at the time of purchase will apply to the purchase of this product.)

$541.41 $1,202.82
4GB DDR3L-1866 memory, expandable up to 8GB; Scalable up to 9 drives with Synology DX517 Quad-core processor with AES-NI hardware encryption engine; D... read more
(as of November 22, 2020 - More infoProduct prices and availability are accurate as of the date/time indicated and are subject to change. Any price and availability information displayed on [relevant Amazon Site(s), as applicable] at the time of purchase will apply to the purchase of this product.)

$366.50
Sequential throughput performance at over 226 MB/s reading and 170 MB/s writing Dual 1GbE ports with failover and Link Aggregation support 4K 10-bit H... read more
(as of November 22, 2020 - More infoProduct prices and availability are accurate as of the date/time indicated and are subject to change. Any price and availability information displayed on [relevant Amazon Site(s), as applicable] at the time of purchase will apply to the purchase of this product.) 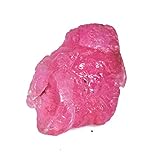 $15.88
Stone Name - Natural Ruby Shape :- Rough Carat Weight :- 23.50 Ct. Dimension :- 24 X 15 X 11 mm Treatment - Color Enhanced
(as of November 22, 2020 - More infoProduct prices and availability are accurate as of the date/time indicated and are subject to change. Any price and availability information displayed on [relevant Amazon Site(s), as applicable] at the time of purchase will apply to the purchase of this product.)

$709.99
Metal: 14k White Gold. Weight: 5.3 Grams. Size: 6.75. Stone Size: Approximately 0.50 total carat weight. Stones: Diamond.
(as of November 22, 2020 - More infoProduct prices and availability are accurate as of the date/time indicated and are subject to change. Any price and availability information displayed on [relevant Amazon Site(s), as applicable] at the time of purchase will apply to the purchase of this product.)