I didn’t realise that I’ve totally missed out writing about my hoots on the LEGO Marvel Super Heroes series until today.  Bought the whole series of them sometime at the start of the Great Singapore Sales (GSS) at Metro with 20% discount.  Only one missing from here is the LEGO6865  Captain America’s Avenging Cycle which has not reached the stores yet when I bought them.  Among them, I like the LEGO 6868 Hulk Helicarrier Breakout best followed by the LEGO 6867 Loki’s Cosmic Cube Escape as these 2 would mean you should have collected all the main characters of “The Avengers” movies, less the Black Widow.

To start of this series, I opened up with the 3 similiarly sized boxes since they looked very simple to build.  These three are similiar to the three released during the DC heroes series and are based on the structures of the Bionicles.  As you can see from the three of them, the contents of the boxes at the front and back are similar, showcasing special features of each of the heroes.  At the bottom of the rear of the boxes, you can also find a small writeup and pictures of which you can combine these sets to create new super heroes.  I’ll go into these later in this post.

Let me start with the LEGO 4529 Super Heroes Iron Man.   Opening it up, it only comes with an instruction booklet, 2 simple bags of parts and 2 weird looking parts that I’m encountering for the first time in years of collecting Lego.  Inside the instruction booklet, besides the normal building instructions, Lego has also included a short comic inside.  Later when I moved on to the other boxes, I realised that they did the same for them too. Quite a nice touch. 🙂

Assembly didnt take very long for such a small set.  The large bulk of the time was taken trying to identify the similar looking parts and joints used for such set, which I’m not very familiar with.  With the gold and red theme of Iron Man, the completed result actually looks quite good.  On the shoulder of the Iron Man, is a big and powerful looking weapon that looks like it’s drawing power from his armour.  There are no stickers involved in this set.  All the details were printed onto the pieces directly.  The arc reactor on his chest looks very cool together with the distinctive look of the Iron Man head dress.

For the second set, the LEGO 4530 Super Heroes The Hulk, the contents are similiar to that of the Iron Man.  For this box, the big pieces are the frame of The Hulk and the chest plate of him, not surprising considering the side of The Hulk to the other super heroes.

The body frame of The Hulk is actually made up of 2 pieces of the joints so that his size is bigger than those of the other 2 sets.   For the head piece, it shows the typical angry look of The Hulk, showing his green eyes and white teeth.  The muscles of his shoulder and arms where dark grey pieces where as his hands are green pieces of plates instead of the fists used for Iron Man and also Captain America.  But some how, the legs of The Hulk looks a bit too small for his upper torso.  Not sure if it’s on purpose to make The Hulk model looks more intimidating.

The last of the three set is the LEGO 4597 Super Heroes Captain America.  Some how, the number code of this set is not in line with the other two above.  Maybe this set is an additional add-on after sometime? 🙂  For this set, it only have an instruction booklet, a single pack of blue, red and white and a body frame piece (by now I can tell this :-)).

For this set, Captain America’s shield is the most eye catching piece.  Once you open up the pack, you can see it standing out among the rest of them.  The assembled Captain America looks more fierce than the ones we see in the movies or in the cartoons.  The uniform of Captain America is also more simplifer in this set, a white base and a blue chest with a star in the centre.  On the shoulders are two big grey pieces that I think represents the bicheps of the super soldier.  Among the three sets, I think I actually like this best with the nice color scheme and shield.

Like what I’ve said at the start of this post, you can actually combined the sets to form new super heroes.   The nice pictures of the outcome are found at the back of the boxes but sadly no instructions are include in any of the sets.  So I went to look for my good friend, Google, and found them online instead.  I’ve linked them here but they belong the original website and I have nothing to do with these instructions.

The second make I tried is the Ultimate Hulk that combines The Hulk and The Iron Man.  The end result is The Hulk with red pants and some body armour here and there.

To build these three ultra builds, effectively the original three sets will need to be taken apart fully and reassembled.  Although the ultra builds are interesting, my personal preference are still with the original designs.

Overall, these sets are interesting but simple.  I thought that it would be more complete if LEGO could build the rest of the Avengers into this series (less Black Widow cos she will most likely look like a She-Hulk in this mode).  For a AFOL collecting the Marvel Super Heroes series, you should not give these a miss.

$7.59 $5.16
Newbery Medal Winners
(as of June 13, 2021 - More infoProduct prices and availability are accurate as of the date/time indicated and are subject to change. Any price and availability information displayed on [relevant Amazon Site(s), as applicable] at the time of purchase will apply to the purchase of this product.)

$1.99 (as of June 13, 2021 - More infoProduct prices and availability are accurate as of the date/time indicated and are subject to change. Any price and availability information displayed on [relevant Amazon Site(s), as applicable] at the time of purchase will apply to the purchase of this product.) 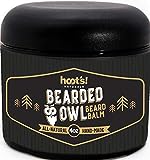 $19.97 ($4.99 / Ounce)
BIGGER PACKAGE- We bring you a surprise with this MASSIVE 4oz screw top jar. The standard beard balm is 2oz. EARTHY HERBALS – We’ve created this great... read more
(as of June 13, 2021 - More infoProduct prices and availability are accurate as of the date/time indicated and are subject to change. Any price and availability information displayed on [relevant Amazon Site(s), as applicable] at the time of purchase will apply to the purchase of this product.) 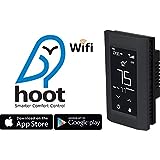 $241.06 $200.50
Programmable With Hoot Smart Phone App Large LCD touchscreen display Multi-Volt rated 120/208/240V Single Pole Line Voltage Over-the-Air (OTA) firmwar... read more
(as of June 13, 2021 - More infoProduct prices and availability are accurate as of the date/time indicated and are subject to change. Any price and availability information displayed on [relevant Amazon Site(s), as applicable] at the time of purchase will apply to the purchase of this product.) 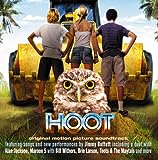 $18.99 $14.00
HOOT BASED ON THE BEST SELLING NOVEL BY CARL HIAASEN ORIGINAL MOTION PICTURE SOUNTRACK.
(as of June 13, 2021 - More infoProduct prices and availability are accurate as of the date/time indicated and are subject to change. Any price and availability information displayed on [relevant Amazon Site(s), as applicable] at the time of purchase will apply to the purchase of this product.)